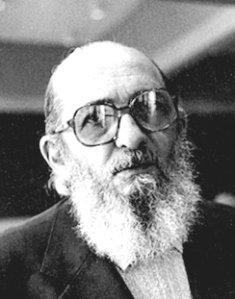 Ann Walker, a prominent British adult educator, has been providing a wonderful resource for anyone interested in educational ideas. The Educational Thinkers Hall of Fame has covered such eminent figures as Paulo Freire, John Dewey and Mary Wollstonecraft, summarising their main contribution and indicating why they matter today.

After a few of us retweeted her most recent post, on the American radical Myles Horton, Ann replied with the question: “Who can compare with Horton & Freire today?” Others weighed in with similar questions, asking where the younger passionate voices are, and why there is so much more effort invested in writing and speaking but so little in action? These are good questions, promoting me to wonder whether a truly heroic period of innovation and passion ever existed, and if it has, whether it has now come to a close.

There probably is less institutional and theoretical innovation now than when I started my professional career, in the late 1970s. Recently, I reviewed the memoirs of Michael Barratt Brown, and was struck by how many organisations he had helped to found, from the Institute for Workers’ Control through a successful fair trade company to Northern College (where I was lucky enough to work from 1978 to 1984).

But the context has changed. The social movements that inspired Michael, as well as other originators such as Freire and Horton, are now a shadow of their former selves. I ended my review by reflecting on the number of Michael’s creations that no longer exist, while the movements that nurtured them have either vanished or have changed beyond recognition. Radical educational organisations like Northern College have had to adapt to survive.

Much the same is true for the wider intellectual climate. Michael was one of many left-leaning academics who saw the labour movement as a natural ally, Freire found a mass readership at a time when liberation theology (which he greatly admired) spoke to and for mass struggles for land and liberty. Today, radical academics may be powerfully attracted to ideas of ‘transgression’, but these are largely personal and unconnected with and irrelevant to wider social movements.

Historians are always suspicious of any notion of a ‘golden age’ – a scepticism summarised neatly in the title of a book by Gwyn Alf Williams, When was Wales? But I do think that some periods are generally propitious for social inventors, and other periods favour people who are good at maintaining and defending what we have rather than building new structures and ideas. We are now in the second type of period.

That said, we still have our educational heroes – people who are creating great new institutions, and developing new ideas about knowledge and learning. In the last year or so, I have been mightily impressed by the spread of the Men’s Shed movement, a remarkable bunch of quiet revolutionaries who are changing the ways in which men promote their sociability and wellbeing.

Then there are such collaborative movements as citizen science and citizen journalism, often exploiting new social media, in which knowledge creation itself is the basis of socio-cultural action. Not to mention the flourishing self-help world of older adults, exemplfied in the Universities of the Third Age.

This list could go on, but these are enough to give us grounds for supposing that we are living in at least a silver age of educational creativity. What strikes me is that these seem to be generally collective and collaborative ventures, that generally have few outstanding leadership figures. And that seems to me better suited to the bottom-up, somewhat dislocated and at times inchoate world of social and political anaction that we now inhabit.