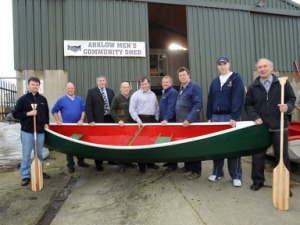 And because of improvements in health care for the elderly, as well as changes in diet and other lifestyle factors, this trend is predicted to continue. According to research summarised in the Lancet, by 2030 life expectancy is expected to reach 85·7 years for men and 87·6 years for women.

Of course, these figures are averages, and they cover England only, and so are the projections. All the same, they are impressive, and two features really are striking. The first is that the gap between men and women is falling: it was 6 years in 1982, falling to 3.8 years in 2012, and it is expected to continue narrowing in the future.

This has significant implications for education. Generally, in most if not all countries, participation in adult learning falls sharply after the end of working life. But if we are all living much longer, including men, then it is highly likely that the end of working life will come much later than it did in industrial societies. Even though employers invest far less in older workers than younger ones, they still invest enough to have an effect on older adults who continue working. And if healthy life after work is going to be considerably longer, perhaps we have to start preparing for it more effectively.

So if male and female life expectancy is conversing, will be see a shift in the gender profile of adult learning? I think this is possible, though it will be so slow that it will attract very little attention. And it will also require a change of behaviour by providers if they are to become more ‘male friendly’ without compromising their principles; this is probably easier for private sector providers than those who are largely publicly funded, for obvious policy reasons. And of course male-friendly spaces such as the Men’s Shed movement are already growing apace.

At the same time, social class differences in life expectancy are rising. Many of these are caused by life style patterns, such as the likelihhod of smoking, drinking excessively or eating badly. While education can help to moderate these life style choices, it can’t do a great deal unless the underlying economic and social inequalities are tackled. If your expectation of a healthy life is only a few years after retirement, your opportunities for learning are constrained, so don’t expect greater longevity to do anything to reverse the well-established socio-economic bias of adult education.