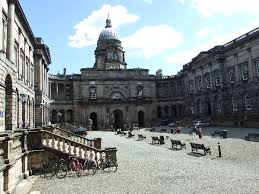 As the date for Scotland’s referendum draws nearer, so the battlefields become wider, and the two sides are now debating the future of research funding. The higher education researcher Jim Gallacher has published his view that academic research is more strongly supported within the Union than it would be in an independent Scotland. For the ‘Yes’ camp, Bryan MacGregor has argued that independence will allow Scottish institutions to develop closer business relations and pursue distinctively Scottish priorities.

Like much of the referendum debate, this sounds like two parties with completely opposing views of the world. But a closer look at the argument suggests to me that there isn’t much prospect of significant changes in the funding of university research, regardless of the outcome on 18 September.

Much public spending on university research is already decided in Scotland. The Scottish Funding Council allocates research funding through the block grant mechanism (next year’s total will be just shy of £300 bn). The allocation within Scotland is based on a formula that takes into account the outcomes of the Research Evaluation Framework (REF), a UK-wide process that the Scottish sector chooses to – but does not have to – support.

Next, the Scottish Government and its agencies are significant contractors. Of course, the Government could increase or reduce its allocation to SFC after independence, but this is a devolved decision that is made in Scotland.

Research policy is, though, an area of shared sovereignty, with part being allocated at UK level. Most of this is channelled through the Research Councils, and Scottish universities are relatively successful at bidding competitively for these funds. Currently, the Scottish Government says that it would like to see the Research Councils continue on a UK basis; obviously, this means negotiating with the rest of the UK, but it hardly suggests radical change. Devolved administrations already contribute to decisions on RC priorities, and the Scottish Government is essentially suggesting that this stays unchanged.

Then there is the element of research funding that is passed on to the European Commission. The EC funds research through the European Research Council, the European Framework Programmes, and through specific programmes administered by its departments and agencies. Again, Scottish universities do reasonably well in the competitive process.

In the event of a ‘Yes’ majority next month, then Scotland will become the 29th member state and will therefore join the European research schemes (I think we can entirely discount suggestions that Scotland will be required to join the queue of candidate states). It will have to pay money into the shared pot, and it will be represented in the decision-making process, though as a small member state its voice will not be a loud one. So this does mark a change, but I see it as a relatively minor one.

Finally, other bodies also fund academic research. This includes charities and corporations, the largest of which – such as big pharma or the energy industry – have a very questionable influence on higher education institutions. No one really knows how this will change if there is a ‘Yes’, but my own guess is that the factors that already make Scottish researchers attractive or unattractive to these funders will continue to determine where the funding goes. However, no one can pretend that the decisions of big pharma or the oil giants are based on ‘distinctive Scottish priorities’.

Overall, then, the machinery of academic research should largely rumble on as before, uninfluenced by the referendum outcome. There is, though, one further factor, which would be on my ‘worry list’ if I were running a Scottish university. Currently, Scottish institutions do very well from recruiting students from the rest of the UK, and charging them a sizeable fee. When Scotland becomes a separate member of the EU, that will stop, removing a very significant source of income from the sector, but that is a separate issue.

Declaration of interest: Jim Gallacher is a friend and he holds an honorary post at the University of Stirling – as do I

I fell ill in the middle of this year’s SCUTREA conference, and missed the annual general meeting. In recent years, these have provided a forum for soul-searching, and anxiety about the future of the organisation. In this, SCUTREA mirrors the wider field of practice, where concerns about the condition and direction of adult learning are widespread.

Yet in some ways, SCUTREA is in good shape. Nearly 80 people attended this year’s SCUTREA in Glasgow, up on last year, and enough to generate a sense of buzz and energy. Of course this is fewer than attended a decade ago, when well over a hundred people turned up.

That in turn reflected the surge of appointments in areas like widening participation, which were largely practice-driven, and generated a lot of often small scale reflections on one’s own work. This is an entirely legitimate area of scholarship, and one very much in SCUTREA’s tradition (the “T”, after all, stands for “Teaching”). But it probably inflated our expectations.

Of course, there is no such thing as a ‘natural’ or ‘right size’ for a learned society. I have on my desk a copy of the proceedings of SCUTREA’s twelfth conference, which comprises a grand sum of eleven papers, three of them authored by non-academics, and all bar one from the UK. Two more contributions were excluded, one because it was already published elsewhere, and one because the author hadn’t finished it.

So there were thirteen papers in 1982, compared with 55 or so at Glasgow last week. It looks as though we will go through a period when SCUTREA is smaller than in the recent past, but larger than for much of its history. That is unwelcome, but not critical.

What is more of a problem, I hear, is finding people willing to do the work. As old office holders shuffle away, presumably to go and run their local U3A and lobby the local adult education organiser, new volunteers are notable by their absence. I wonder why this is, and two explanations spring to mind.

First, it may be that the emerging generation of researchers into adult learning do not see SCUTREA as their ‘scholarly home’. Much of the best new work is being undertaken by people whose primary academic identity is in disciplines such as history, geography, sociology or mainstream education.

Second, there might be something of  value change as a new generation replaces the old. If it is true that younger academics are more instrumental and individualistic in their values, then presumably they look at the range of learned societies on offer, and engage with those that present the best ways of optimising their careers. Given how competitive it is now to climb the greasy academic pole, I wouldn’t blame them.

Still, I think that SCUTREA has a role. This lies, for me, in bringing people together to exchange ideas and information (which it does very well), representing our collective interests to the outside world (which it does rather badly), and building capacity for the future (which it may not see as its job). Perhaps a clearer and more strategic focus would help to attract new people in to take on the tasks of making SCUTREA run.

I blogged recently about the publisher of Science Omega Review. In fairness to the company, I should now add that the compliance officer phoned this morning to offer an apology for the behaviour of an employee who was damaging the company’s reputation. Make of that what you will.

But the blog clearly touched a nerve. One comment, from Neuroskeptic, pointed out that a number of companies have spotted opportunities in the academic market. Dead right. I routinely receive emails alerting me to calls for papers for conferences and journals that I have never heard of.

As Neuroskeptic says, it’s not a sign of a quality event or journal when you get invited out of the blue. Another dodgy signal is that they usually have a generic email address.

This morning’s bunch, for example, included an email from someone called Kristian Hodko (with a Hotmail address), inviting me to contribute  to the International Journal of Humanities and Social Science. According to its website, the journal is ‘under the indexing process’ with ISI and Scopus. The website also names several UK academics as members of the editorial board. Its FAQ section says it charges authors $200 per paper.

I don’t find myself tempted to write something for this journal, but some people clearly do. It may even be a good or a young, emerging journal. I simply don’t know. And more importantly, a lot of people who are less experienced than I am, and at a much earlier stage of their scholarly careers, won’t know either.

How can we bring a little clarity into what has started to become a crowded and increasingly noisy market? Because if we don’t do something soon, the whole open access movement will be tainted.